Logan Cusson Has Podium Ripped from His Grasp with Broken Gearbox 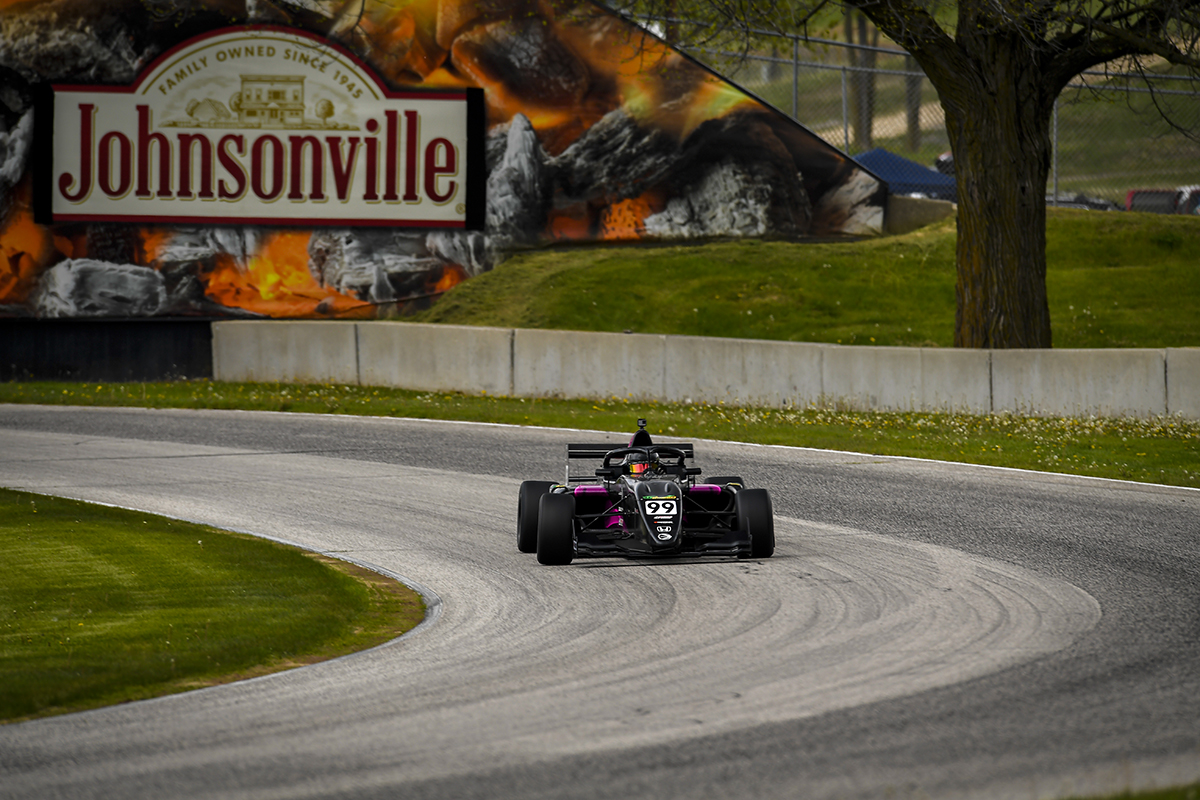 With a podium performance at Road Atlanta six weeks ago, Canadian Logan Cusson was looking to deliver his TJ Speed a similar performance this past weekend. With an issue in qualifying and race one, forward progress was made in race two and three as the second year FR Americas Championship Presented by Honda driver had a podium result ripped from the grasp of his hands due to a broken gearbox.

“Very disappointed in how this whole weekend went,” explained Cusson. “We made progress race after race, but a few issues put us behind early. In the third race I knew that we had a problem with the gearbox and tried to nurse it home, but it broke with only a few laps remaining while running in the third position. You can’t be mad at what you can’t control but this one hurts.”

After a broken rear wing bolt hindered his performance in qualifying where he was able to turn the sixth fastest lap, race one on the weekend was no better for the talented Canadian. A complete rear wing main plane failure forced Cusson to nurse his car around the 4.048-mile Road America facility for much of the race as he salvaged a tenth-place result. Working hard just to keep his TJ Speed #99 entry on track, Cusson will put Sunday’s race behind him and shift his focus to the two wheel-to-wheel sessions on Monday.

Starting deep in the field for Monday morning’s round five and second race of the Road America event, Cusson methodically worked his way forward to the sixth position before a caution flag flew with fifteen minutes remaining. Having lost touch with the lead group, the yellow was a welcome sight for the Canadian driver as the field bunched back up again for a shootout to the finish. With a restart with less than six minutes to go, a three-lap dash for the checkered flag ensued as all drivers defended their positions. Cusson was able to hold on to the sixth position finishing less than half a second behind the fourth-place finisher. Keeping his car clean and showing progress from Sunday to Monday, Cusson and his entire TJ Speed team would have one more shot at a podium result in round three later that morning.

Rocketing off the grid from his eighth place starting position to close the first lap of race three in fourth, Cusson immediately put himself in position to score a podium result. Hounding the third-place driver lap after lap, the TJ Speed #99 entry eventually was able to secure the spot before the yellow flag flew. Running several laps behind the safety car, and aware of a gearbox issue that he had, the box eventually failed forcing Logan to the sidelines.

Cusson added, “The speed is there. We just need to have some luck and hopefully that will come at the next event.”