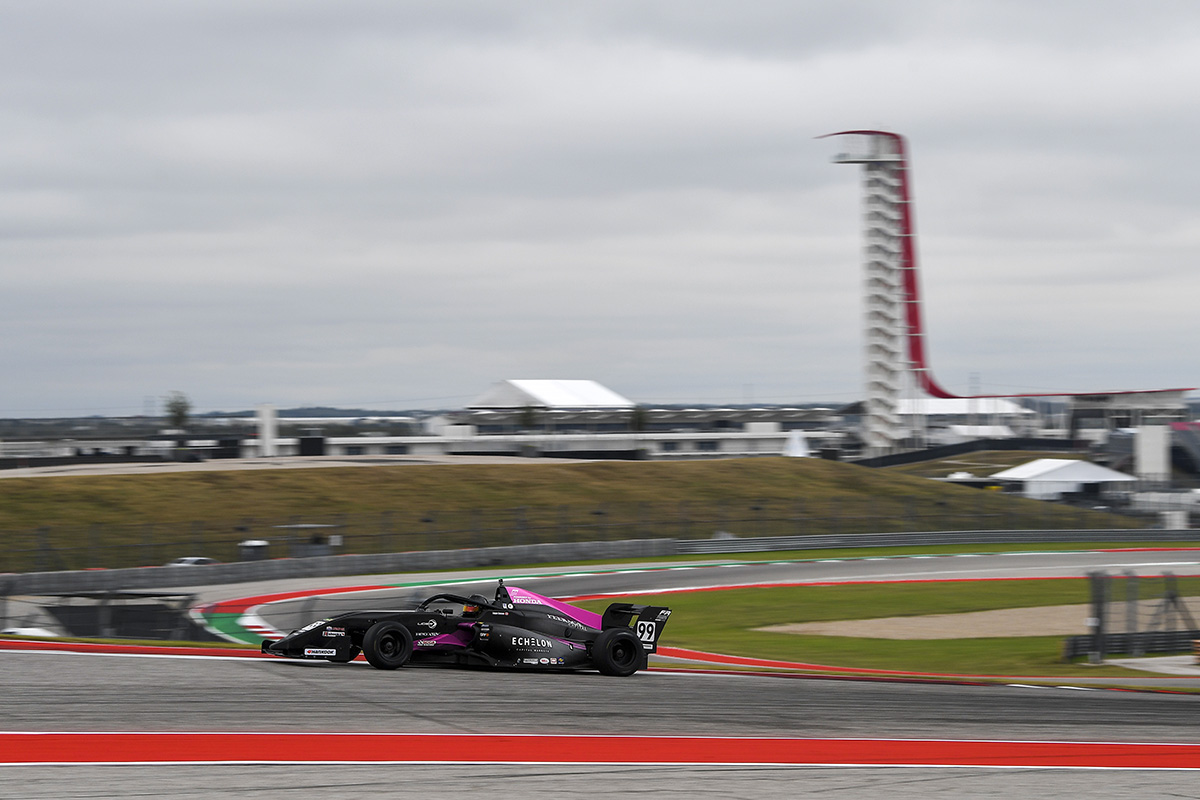 It was the final event weekend in the FR Americas Championship Powered by Honda as Logan Cusson descended on Austin, Texas and the famed Circuit of the Americas (COTA). Closing the final weekend of the season with a best finishing result of fourth, the Canadian ended the drivers championship in the sixth position.

With his sights set high, a solid practice session on Thursday would lead into the first of three wheel-to-wheel races Friday afternoon but not before qualifying took place on Friday morning. Slapped with a penalty from the previous event, Cusson sat out qualifying to save tires as he would begin his quest for a podium result from the back of the grid.

Starting in the 14th position and with a fresh set of Hankook Tires, Cusson drove like the veteran that he is as he climbed up the running order to finish fourth, narrowly missing a podium result. Taking advantage of some others’ misfortunes, Cusson earned the third fastest lap of the race and P3 starting spot for race two on Saturday.

“Great day after serving my penalty from VIR and forced to start from the back of the grid,” explained Cusson. “It was a great call by the team and great strategy to be able to take advantage of the new tires and drive forward. Hopefully we can take advantage of a good starting position tomorrow and fight for a podium result.”

Rolling off the grid from the third position, Cusson maintained his starting spot for the opening two laps before being pushed back to fourth on lap three. Struggling with pace compared to his rivals, the Canadian would fall three more positions before the end of the fifteen-lap event to cross the line in seventh. Race three looked promising for Cusson as he was able to maintain the pace of the front drivers earning the fifth fastest lap of the race. Running in the seventh position with five laps remaining, Cusson had an off-track excursion that dropped him down the running order to finish ninth.

Cusson added, “Not the way I wanted to finish the season, but everything happens in racing for a reason. A huge thank you to TJ Speed and all my partners for a successful year. Looking forward to 2022.”