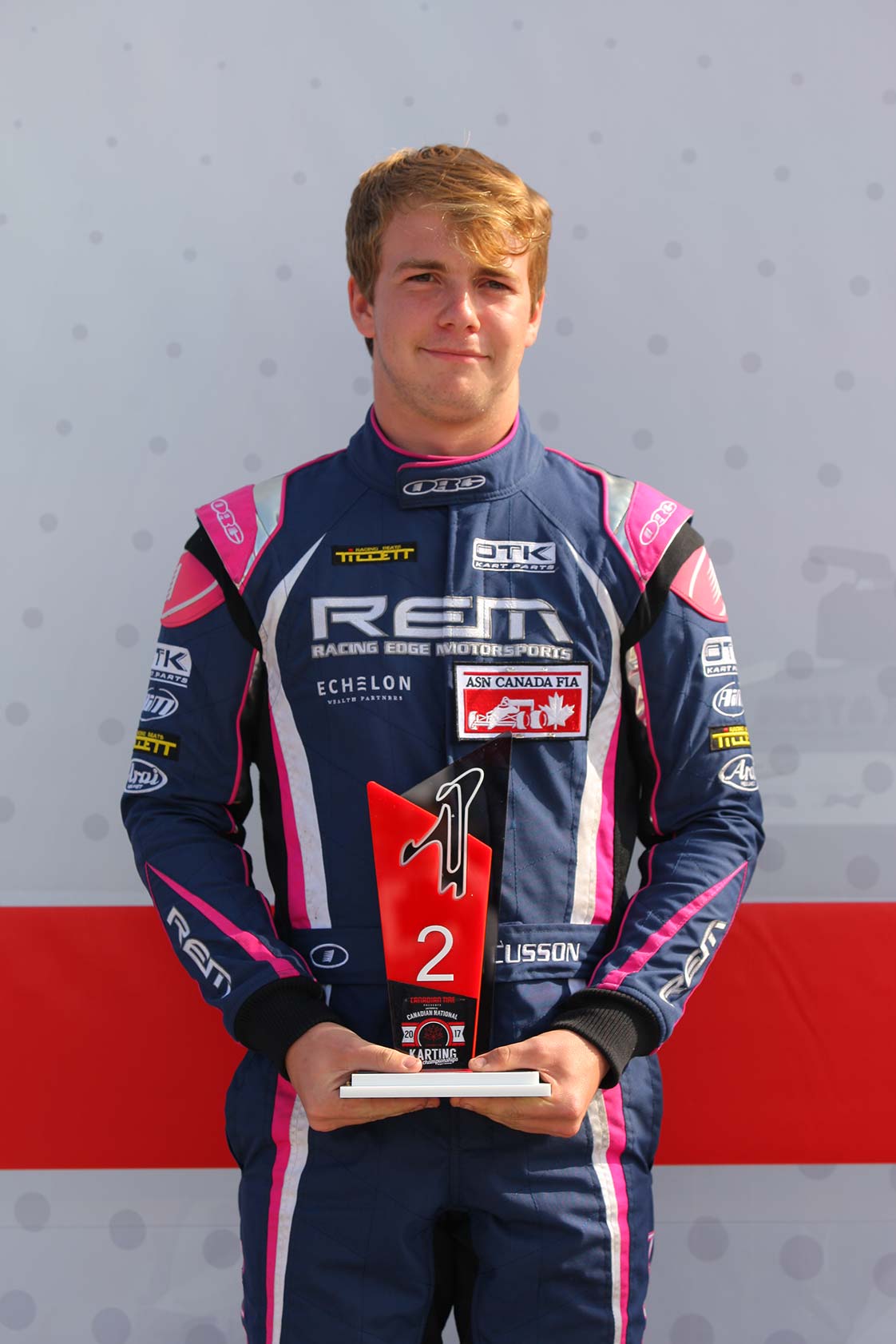 TORONTO, ONTARIO (August 30, 2017) – Logan Cusson claimed the 2017 Canadian ASN Vice Champion position.  In a nail-biter final, Logan ultimately finished ahead of his Super Pole qualifying third-place finish showing some excellent driving skills that had him leading the pack for most of the race.

Logan’s future in racing looks bright after adding this second Vice Champion title to his roster. Just five months ago he was also named Vice Champion of the prestigious Rotax Senior Max class at the Florida Winter Tour. At the time, it was a career highlight, but he is happy he can add a top-place finish at home to his racing resume.

“It is exciting to be the Canadian Vice Champion, on my first attempt since focusing on two-stroke racing. I want to thank my teammates and competitors for a great week of racing and in particular Team REM and my coach, and engine builder, Kevin Glover for all the support.”  –Logan Cusson, LCR, Driver

In the end, Logan wasn’t able to hold off McDermid who passed with two laps to go to take first place. Being in the lead for much of the race, Logan admits he is typically more comfortable racing from behind to win. It is a part of his development he plans to work on for next year.