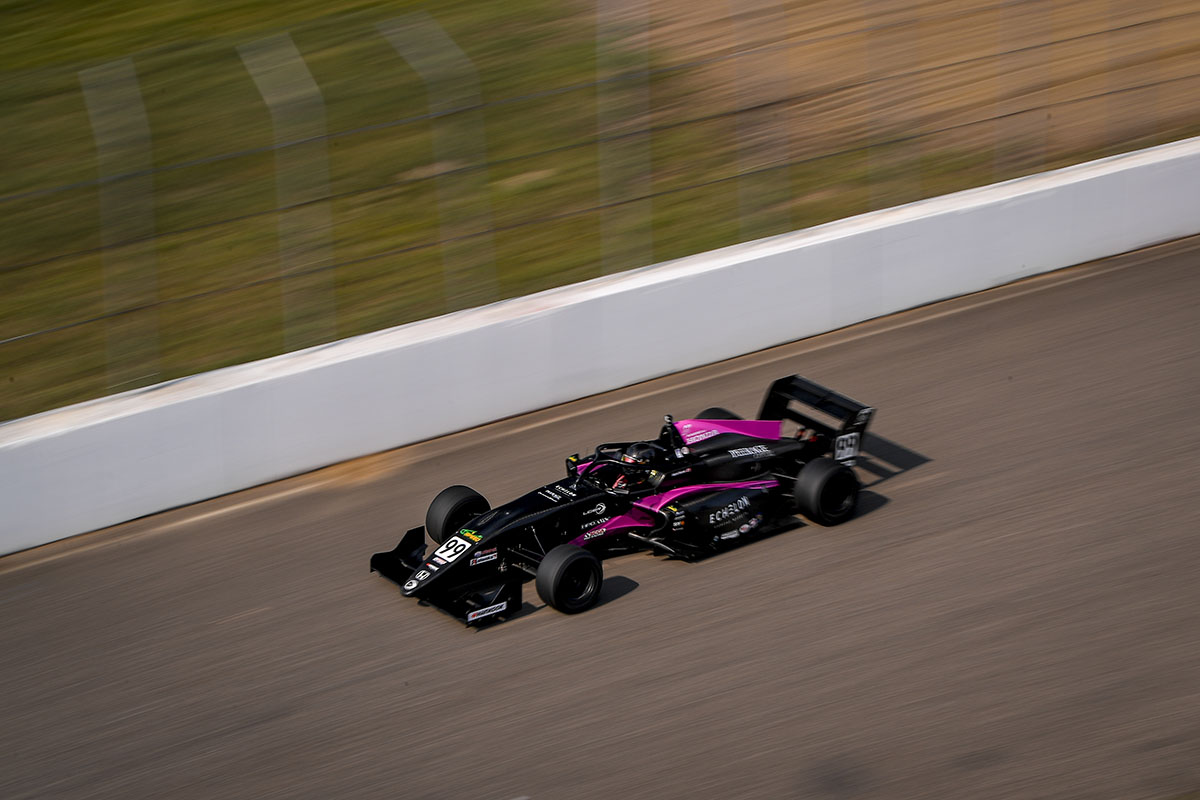 The #99 TJ Speed entry of Logan Cusson will be back on track this weekend as he and his Indianapolis based team descend on the Virginia International Raceway (VIR). Set to take on the second to last FR Americas Championship Powered by Honda race weekend, Cusson aims to return to the podium.

“The goals are set high for VIR as I am looking to return to my early season form and be back on the podium,” expressed Cusson. “I like VIR. It is a fast track, like the two other circuits that have produced podium results this season. I have the team behind me, so we just need to put it all together.”

Aside from his pair of podium results, Cusson sits sixth in the championship point standings with five top-five results. Two points out of fourth and thirteen points from the third-place competitor, Cusson is looking for a huge points haul in Virginia to catapult up the championship standings.

Cusson added, “We have a strong team and that is shown by the commanding lead that we have in the Team Championship points battle so I don’t think we can be caught there. The goal is simple for me this weekend; qualify well and run at or close to the front of the field in all three races.”

Logan Cusson will hit the track on Friday for official practice with qualifying taking place Saturday morning and wheel-to-wheel action over the weekend.