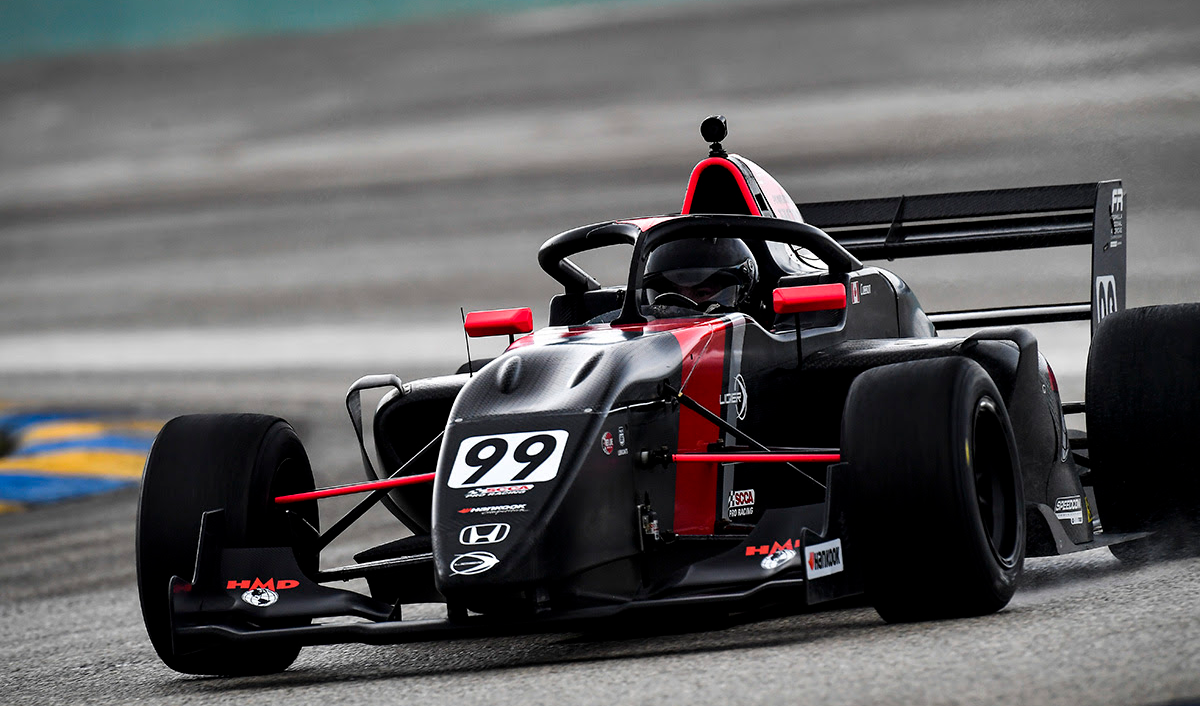 October 6, 2020 – In only his third event with HMD Motorsports, Canadian Logan Cusson has shown rapid improvement as he has ascended up the results sheet. Claiming his career best, and first, FR Americas Championship Powered by Honda podium this past weekend at the Homestead-Miami Speedway, Cusson has found a comfortable home within the Indianapolis based HMD Motorsports program as he looks to close the season strong at the famed Circuit of the Americas (COTA) in a few weeks’ time.

“Honestly, I was starting to doubt myself but the minute I made the switch to HMD Motorsports, the guys made me feel right at home,” explained Cusson. “It wasn’t the easiest of starts for me in the new program. A crash on the one and only day of testing limited time before my first event with the team, so I felt I was behind before even heading to Barber Motorsports Park. My first real laps with HMD were on the race weekend and the team has a different way of coaching and the car was way different than anything that I have ever driven. It took the weekend to get up to speed but by the end of Sunday, I was feeling confident and that was shown with my lap times.”

Heading to the Sebring International Raceway, Cusson continued that same upward trend. After qualifying seventh, the likeable Canadian added his first top-five of the season with a fourth-place effort in round ten and garnered the Omologato Perfectly Timed Move of the Race in round eleven to take home a unique Omologato Watch.

Continuing that momentum into the Homestead-Miami Speedway, Cusson had his career best weekend. Forced to start the first wheel-to-wheel action from outside row four after qualifying was abandoned and the field was set on the current championship points, Cusson drove to a sixth-place finish. Working with careful coaching from the team and being reminded that lap times from the first racing action of the weekend would set the grid for race two, the Echelon Wealth Partners #99 entry turned the third fastest lap of the race and secured the inside row two starting position for round thirteen on Sunday morning.

Maintaining his position when the start lights were extinguished and holding hard charging competitors at bay, Cusson controlled the third position for the full race distance and celebrated after the checkered flag had flown with his first career podium result.

“Every time on track we keep getting that much better,” explained an elated Cusson. “The team keeps pushing me and I keep pushing myself. I have learned that it is ok to make mistakes, as long as we learn from them and that has been a great feeling knowing that they all have my back.” 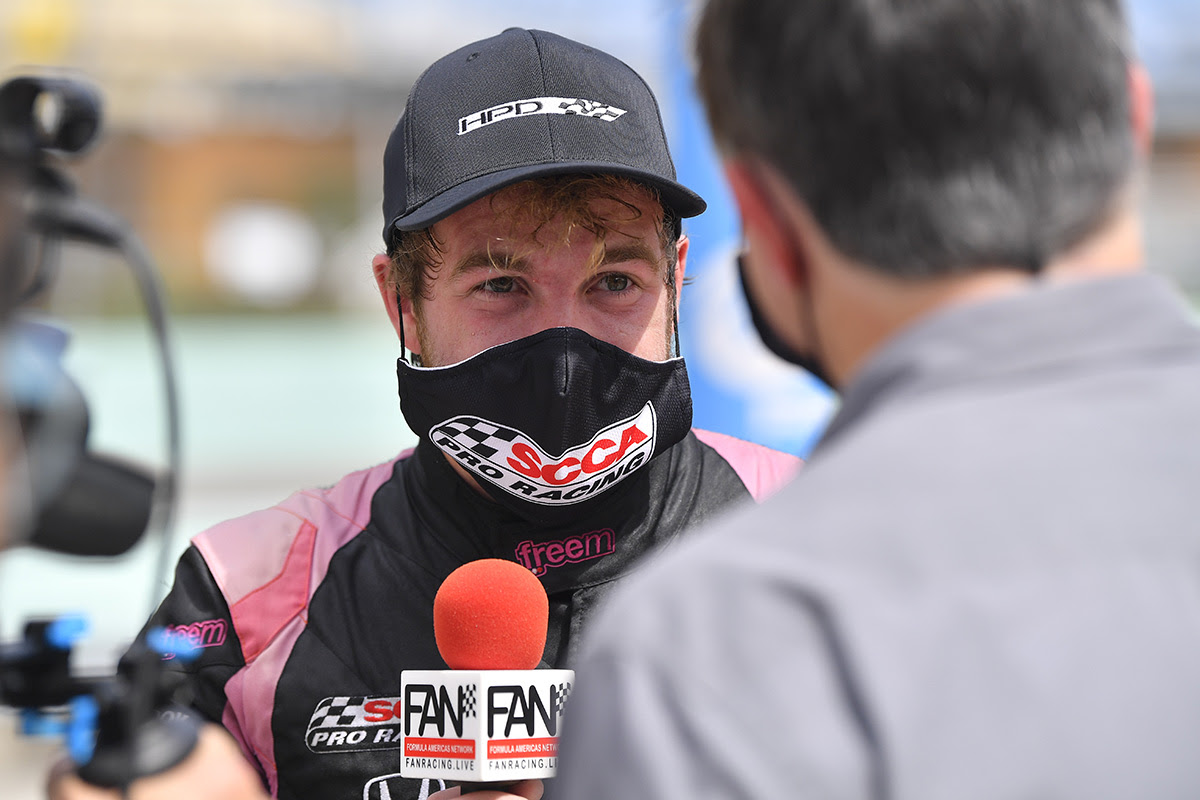 Returning to the track on Sunday afternoon for round fourteen, Cusson was again in the top-five on the results sheet as he netted another fourth-place result, his second of the season. Pushing his HMD Motorsports prepared car to the limit, Cusson narrowly missed his second podium result of the weekend finishing fourth by a scant seven tenths of a second.

With one more event remaining on the 2020 FR Americas calendar, Cusson will aim to carry his recent success into the Circuit of the Americas in Austin, Texas over the October 23-25 weekend.

For information on press releases or other media services offered by Race Tech Development, please contact Mike Maurini via e-mail at Info@RaceTechDevelopment.com or 317.270.8723. RTD Media and Management can also be found on Facebook, Twitter and Instagram by searching @RTDMediaAndMgmt.